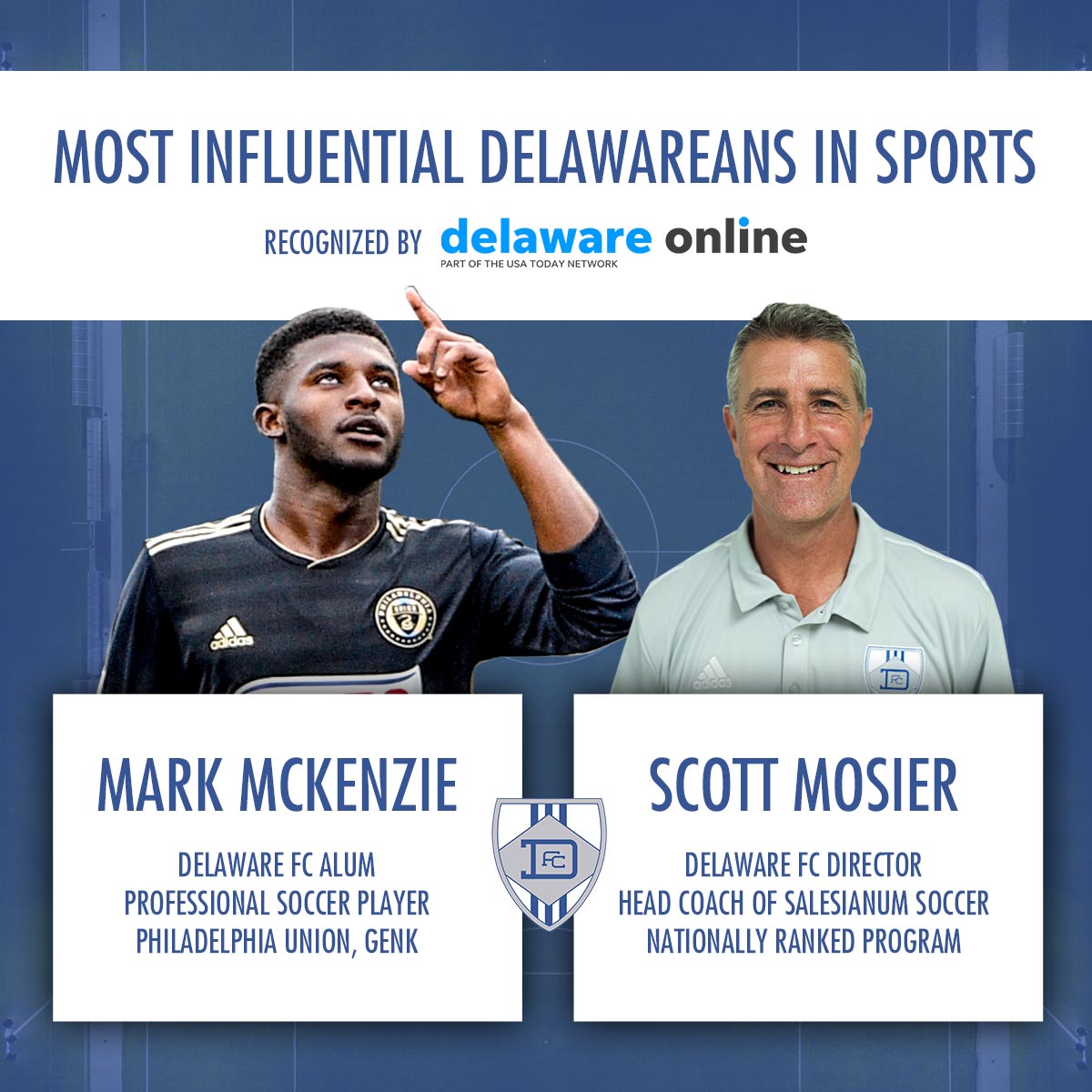 The Philadelphia Union center back from Bear was a finalist for Major League Soccer’s Defender of the Year award and made the 2020 MLS Best XI. McKenzie, who’ll turn 22 in February, recently made his first start for the U.S. senior national team. He’ll likely be on the U.S. side hoping to qualify for the 2021 Olympics and recently made a major career move when he went to Belgium first division club K.R.C. Genk in a reported $6 million transfer. He has also been among soccer’s most vocal advocates for social and racial justice.

The Salesianum School soccer coach has made his program the target for top players, having won 10 straight and 15 of the last 16 state titles before the Sals’ penalty-kick shootout loss to Appoquinimink in 2020, while often being among the nation’s top-ranked teamsIn addition to influence in HS Soccer, Scott has had a major impact on club Soccer. From Hockessin Soccer Club, to Delaware Rush and now Delaware FC,  Scott was responsible for the growth of our club. With focus and commitment to player skill development that set us apart from other local clubs.